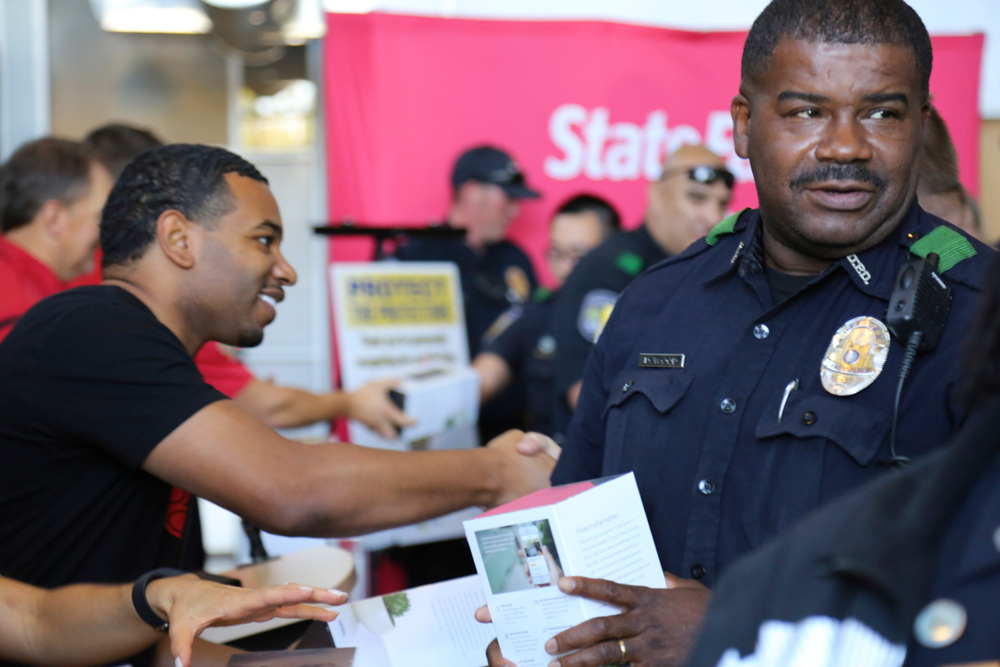 We’re delighted to announce that we’re teaming up with State Farm to help both homeowners and renters alike! Canary users are now eligible to receive discounts on State Farm homeowners or renters insurance, and State Farm customers can receive special offers on Canary. Customers can contact a State Farm agent to learn more, or visit the State Farm Home Protection & Automation site.

This expanded relationship with State Farm makes it even easier for you to protect the people and places that matter. Check out all the details here.

Over the past few months, we’ve loved hearing from you. You’ve told us how Canary has made you feel more connected to your home, and how it’s kept you safe by catching burglars in the act. Here are a few stories we think everyone should hear (warning: some readers may find the below stories and videos disturbing).

Burglary in Eugene, OR

Michael Bennett and his wife were trying out a new Korean restaurant in downtown Eugene when he received a notification that Canary detected activity at home. He opened up the app on his phone, and when he didn’t recognize the person in his home, he used the Emergency Call option in the Canary app to connect with the local authorities. The police responded right away because Michael was able to confirm that an intruder was actually in his home, thanks to Canary’s live streaming. While police were making their way to the scene, the couple chose to rush home from the restaurant and confront the intruder, who dropped everything he had taken and fled.

The authorities caught up with the intruder shortly after at a nearby diner, and were able to identify him immediately using a screenshot taken from Michael’s Canary.

Kevin Woodward was on vacation in Palm Springs, and had hired a house sitter to check in on his home to make sure everything was OK while he was gone. On the first night of his trip, Kevin’s house sitter noticed that the car was missing from Kevin’s driveway and that it seemed as if someone else had been inside the house. The house sitter called Kevin, who checked his Canary app. Because Canary automatically records unexpected activity even while in Disarmed mode, Kevin was able to discover clear HD video footage of the burglar captured by Canary earlier that day. While a few credit cards and some jewelry were taken, Kevin was able to share the video from his Canary with police, who later recovered his missing vehicle.

Melanie in Arizona was living alone for the first time, and decided to use Canary as her primary security system. Shortly after she moved in, police would be using video from Melanie’s Canary to apprehend a suspected burglar (read the full story in Time).

Catching a Leak in LA

Thanks to Canary, I was able to detect the leak right when it started and contacted our building manager.  Thanks for saving our apartment, Canary!”

“Canary detected a leak! It never rains here in Los Angeles. I got a notification and replayed the video to hear the dripping of a leak. We were out of town, which means this could have turned into a total flood nightmare. But thanks to Canary, I was able to detect the leak right when it started and contacted our building manager. He rushed over and fixed the problem, averting a potential disaster. Thanks for saving our apartment, Canary!”

Doran Woods’ baby boy’s first steps were caught by Canary while his family was watching Wheel of Fortune.

My baby boy took his first steps while we were watching @WheelofFortune together. #CaughtByCanary @canary #contest pic.twitter.com/ZKl8xzFxLs

Here’s a small sample of some of the other stories that we’ve heard from our users:

We’re excited to hear more of your stories about how Canary keeps you safe, secure, and connected to your home.

Share your story by emailing stories@canary.is or tweeting with #canarystories. If your Canary has caught something interesting on video, enter our #caughtbycanary contest!